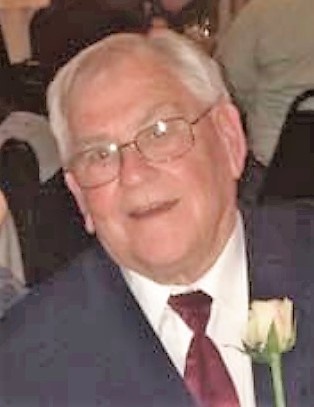 Bill was a 1957 graduate of Tuscola High School. He went on to proudly serve his country in the United States Army and was stationed in Germany. He participated in the Lebanese conflict. Bill was a manager for UPS and later drove for Sharkey Transportation. After his retirement, he then began his favorite job of driving a school bus for Unity School District #4. He especially enjoyed driving the Pre-K bus with his wife Mary and all the Unity athletic teams to their events. He could always be found in the front row of the bleachers at Unity cheering on the Mustangs. His greatest treasure was his Grandchildren and Great Grandchildren, whom he loved dearly.

Bill was a past member of the Adams County Fair Board, the Sports Booster Club, and past President of the Quarterback Club at Unity High School. One of Bill’s proudest moments was when he and his wife Mary were inducted into the Unity High School Sports Hall of Fame in 2013.

He was preceded in death by his parents, a son Philip Nisbet, two sisters, Mary Ellen Gumbel, and Carolyn Brown, brothers in law, Robert Gumbel, and Jack Brown, and a sister-in- law Chloe Nisbet.

Funeral Services will be held at 10:00 a.m. on Saturday, August 7, 2021, at the Hunter Funeral Home in Mendon with Dixie Croxton officiating. Interment will follow at the Mendon Cemetery with Military Honors conducted by the United States Army Funeral Honors Detail and the Bear Creek American Legion Post #823. Visitation will be held on Friday evening from 4:00 to 7:00 p.m. at the Hunter Funeral Home. Memorials are suggested to the Endowment Fund of Friends of Unit 4. You are invited to share a memory of Bill and leave condolences at www.hunterfh.com.

To order memorial trees or send flowers to the family in memory of William "Bill" Nisbet, please visit our flower store.