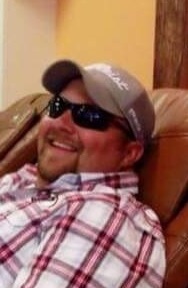 He was born on July 24, 1984, in Macomb, Illinois, the son of Monte L. and Elizabeth (Owen) Maliongas. He married Stephanie Hood on October 20, 2007, at the Church of the Nazarene in Rushville and she survives.

Adam was a 2003 graduate of Rushville High School. He and Todd Zeisler began Backwoods Logging in 2011. Adam and Stephanie opened the Brick Street Grill on his birthday in 2015. He was a captain of the Scripps Park Wednesday Night Men’s Golf League and played in many tournaments. He enjoyed the outdoors, where he would bow hunt, fish, go mushroom hunting, and play softball. He also enjoyed riding his motorcycle and playing cards. He loved watching Cardinal Baseball. He also coached his son Jakob’s T-ball team.

An Education Fund for his son Jakob

To order memorial trees or send flowers to the family in memory of Adam Maliongas, please visit our flower store.