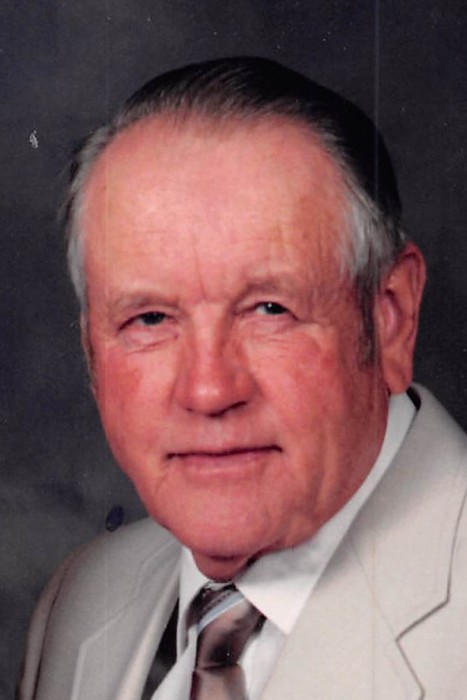 Andrew “Andy” Menard Bartell, who always said he’d live to be 100, surpassed his goal before passing away at age 102 on Wednesday, July 11, 2018 at the Golden Good Shepherd Home. He was formerly of La Prairie and the Elm Grove community.

Andy was born on February 20, 1916 to Claus George Bartell and Alice M. Aden Bartell at their home in Chatton, near La Prairie, IL. He married Helen K. Dutton on February 25, 1939 in Palmyra, MO. They celebrated 71 years of marriage before her death on January 22, 2011.

Andy was a lifelong Adams County farmer, who lived on and farmed his Grandfather Aden’s farm for nearly 75 years. He enjoyed special times with his family, participating in community activities, attending pancake breakfasts and ice cream socials, and talking about farming with friends and neighbors. He enjoyed repairing his own farm equipment, helping his neighbors and, for many years, was one of the area’s largest hog farmers. He was usually seen around the area wearing one of many farm caps that he collected over the years.

Andy was preceded in death by his parents and two brothers Menard and Melvin Bartell.

To order memorial trees or send flowers to the family in memory of Andrew Bartell, please visit our flower store.