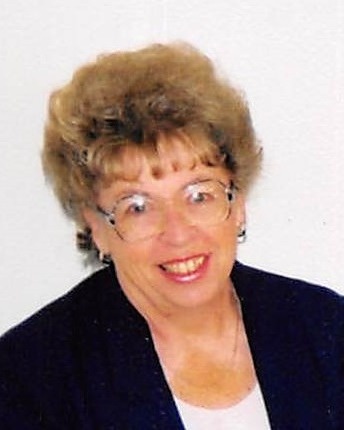 Anita graduated from Unity High School in Mendon in 1959 and then attended Gem City Business College.  She then worked at Channen’s Auto Supply in Quincy, where she met Herb and married him six months later.

Anita worked as a secretary but free time revolved around crafts and cars.  She was a skilled crafter from wood crafts to fabric projects.  She, her sister-in-law Thelma, daughter Terri and nephew’s wife Kathy operated the 4D’s Crafts.  The group set up at craft shows, traveling to attend events and hosted a yearly open house.

She was an active member of the Loraine United Methodist Church, where she published the bulletins for many years.  Anita and Herb were charter members of the Great River Corvette Club.  Her favorite Corvette was her blue 1968.  She was also a member of the Old Thyme Association and the Geronteers at North Adams Home in Mendon.

Anita and Herb also enjoyed taking cruises, attending car shows, auctions, flea markets and swap meets.  They also were faithful members of the YMCA, where she participated in water aerobics.  Her favorite holiday was Christmas and she was known for her annual parties and Christmas Open House.

Surviving are one daughter Terri (John) Ohnemus of Loraine, two granddaughters Devan (Branden) Engel and great granddaughter Josephine of Quincy and Shelby (Nicholas) Harland of Loraine and great grandchildren Railyn and Cash, her brother-in-law Jim (Thelma) Duffy of Mendon and several nephews, nieces and friends. She was preceded in death by her parents and her husband.

To order memorial trees or send flowers to the family in memory of Anita Duffy, please visit our flower store.