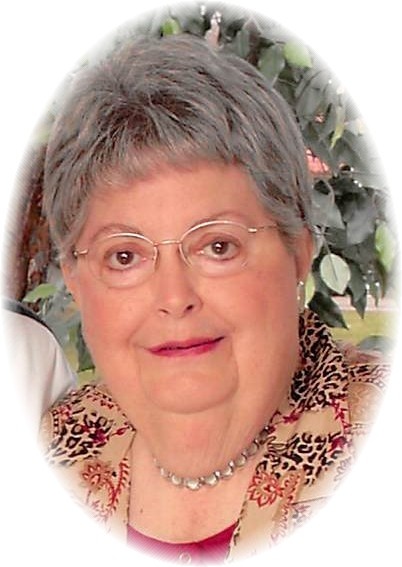 Bonnie J. Goldenstein, 83, of Quincy passed away on May 11, 2017 in Barnes Jewish Hospital in St. Louis, Mo. The Hunter Funeral Home in Golden has been entrusted with the arrangements.

Bonnie was born on June 29, 1933 in Quincy to the late Henry W. and Ethel J. (Hibbard)Herrmann. She married Chalmer R. Goldenstein on December 2, 1951 in Camp Point. They have been married for 66 years. Chalmer survives of Quincy.

She was preceded on death by two sisters, Irene Peuster and Kathryn Thale.

Bonnie was a member of Madison Park Christian Church in Quincy, where she served as Church Secretary years ago. She was a past member of the Quincy Area Travel Trailer Club and Silver Mountain Campers Club. Bonnie was also a member of the National Campers and Hikers Club and the Adams County OldeTyme Association. She enjoyed traveling across the country, camping as she went and especially loved going to Montauk State Park in Missouri. She worked several part time jobs when the children were young, not because she had to but, because she didn’t want her children to not have the things they wanted. She was the family support system.

Services will be 11:00 A.M. on Monday, May 15, 2017 in the Hunter Funeral Home in Golden with Keith Ehresman officiating. Interment will be in the Golden Memorial Gardens in Golden. Visitation will be from 10:00 A.M. until the time of services on Monday in the Funeral Home. Memorial contributions have been suggested to Madison Park Christian Church. You are invited to share memories of Bonnie and leave condolences at www.hunterfuneralhomes.com.

To order memorial trees or send flowers to the family in memory of Bonnie Goldenstein, please visit our flower store.