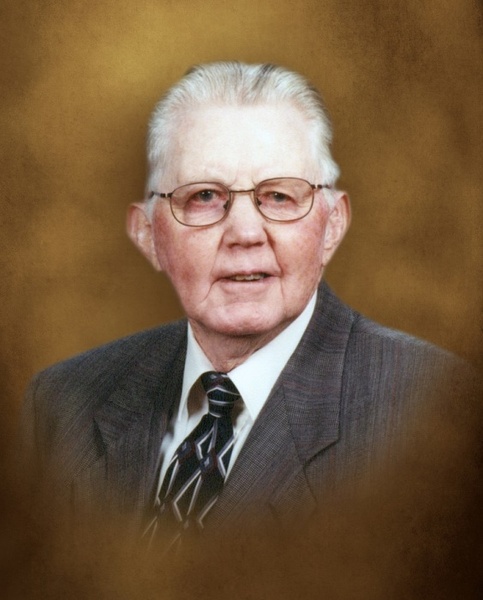 He was born on November 5, 1920, at his maternal grandparent’s home in Rushville, the son of John Davis and Charlotte Mabel (Tucker) Ross.  He married Rayetta Morgan on November 5, 1946, in Woodstock Township, Schuyler County, Illinois.  She preceded him in death on November 12, 1996.

Byron served as a medic, stationed at Eglin Field, near Pensacola, Florida, with the Army Air Corps during WW II.  He farmed for most of his life retiring in 2003, but he still kept up on the markets and happenings at the farm. He was a member of Ebenezer United Methodist Church near Rushville, Gideons International, and the Schuyler County Farm Bureau.  He was a supporter of the Billy Graham Evangelistic Association.

He enjoyed reading his Bible daily.  He was also a people person, who was always interested in meeting new people.  Once you were introduced, he showed genuine interest in what was happening in your life.  He was devoted to his grandchildren and great grandchildren and loved them very much.

To order memorial trees or send flowers to the family in memory of Byron Ross, please visit our flower store.