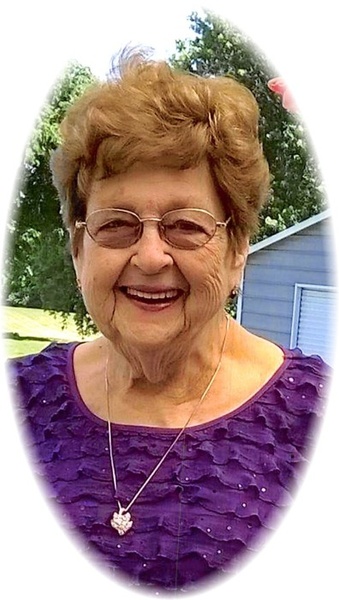 Carol was a member of Grandview Church in Quincy. She was a 1953 graduate of Unity High school. She. worked for Motorola in Quincy for 13 years then worked for Blessing Hospital as unit secretary. She enjoyed being a cashier for Wal-Mart but her most enjoyment came from bringing the Gospel of Jesus Christ to the incarcerated through her prison ministry. She was a loving mother, grandmother and great-grandmother. She was an avid St. Louis Cardinals Baseball Fan and enjoyed going to softball games.

She was preceded in death by her parents, husband and one brother, Ronald Reuel Meyer.

Services will be  10:00 A.M on Wednesday, September 4, 2019 at Grandview Church in Quincy , 1019 Cedar St. Quincy, Illinois 62301. With Pastor Dennis Thomas officiating. Interment will be in the Paloma Cemetery in Paloma. Visitation will be from 4:00 P.M. until 7:00 P.M. on Tuesday, September, 3, 2019 in the Hunter Funeral Home in Mendon. Memorials have been suggested to the Residents Encounter Christ (REC) program or the Grandview Church. You are invited to share memories of Carol and leave condolences at www.hunterfunerlahomes.com    .

The Hunter Funeral Home in Mendon has been entrusted with the arrangements.

To order memorial trees or send flowers to the family in memory of Carol Allison, please visit our flower store.