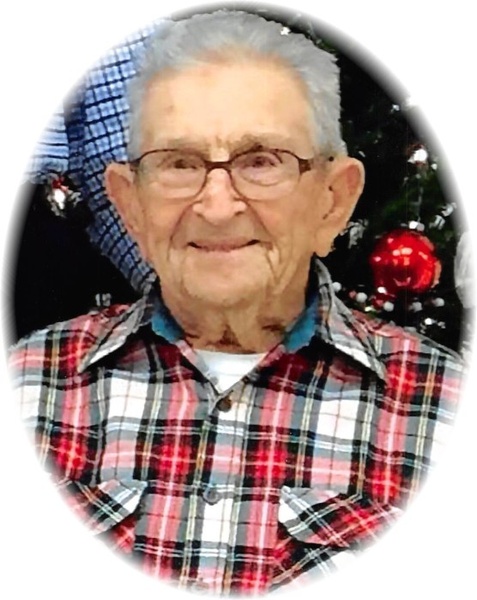 Carrol served his country in the U. S. Army during WWII. He was honored to have gone on the Honor Flight with his son Stan in 2011. He was a lifelong farmer, former Adams County Board Member and past Keene Township Supervisor. He was a member of the Ursa Christian Church, where he was an Elder Emeritus, Bear Creek American Legion Post 823 and was on the North Adams Home Board from 1983 until 1988.He enjoyed playing cards and spending time with his grandchildren and great-grandchildren.

He was preceded in death by two brothers, Sherrill and Kenneth Burke.

Services will be 11:00 A.M. on Tuesday, November 29, 2016 in the Ursa Christian Church in Ursa. Interment will be in the New Providence Cemetery in Ursa with military honors by the Bear Creek American Legion Post 823. Visitation will be from 10:00 A.M. until the time of services in the church on Tuesday. Memorial contributions have been suggested to the Ursa Christian Church.  You are invited to share memories and leave condolences at www.hunterfuneralhomes.com

To order memorial trees or send flowers to the family in memory of Carroll Burke, please visit our flower store.