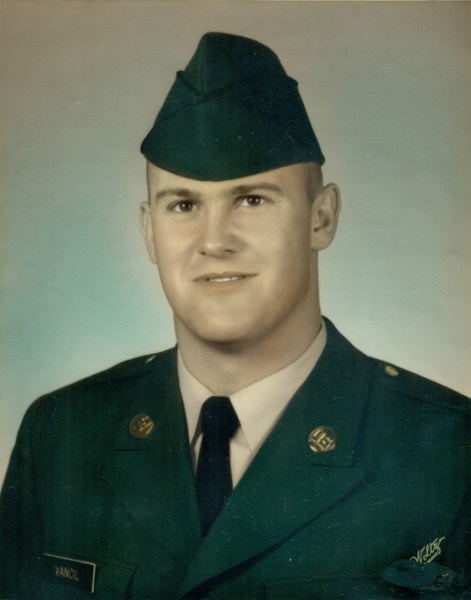 Cecil was a 1966 graduate of Rushville High School and attended Western Illinois University, where he would later graduate with a Bachelors in Agriculture Degree.

He was drafted into the United States Army on January 18, 1968, and served until September 1, 1970.  He would serve as a Staff Sergeant in Vietnam, where he would earn the Purple Heart Medal, two Bronze Stars, two Air Medals, National Defense Service Medal, Vietnam Service Medal and a Combat Infantryman Badge.

After his war service, he returned to Bushnell, where he farmed for 19 years.  He later drove for Fayhee Implement.  For 15 years, he drove a truck for and worked with Correction Industries at the Illinois River Correctional Facility in Canton retiring in April 2018.

He was a member of the Macomb VFW, Macomb American Legion, DAV in Peoria, the Military Order of the Purple Heart in Peoria, Walnut Grove United Methodist Church and the Hancock County Gun Club, National Rifle Association.

He enjoyed golfing and shot a hole-in-one.  He also enjoyed trap shooting and square dancing and country line dancing.

To order memorial trees or send flowers to the family in memory of Cecil Vancil, please visit our flower store.