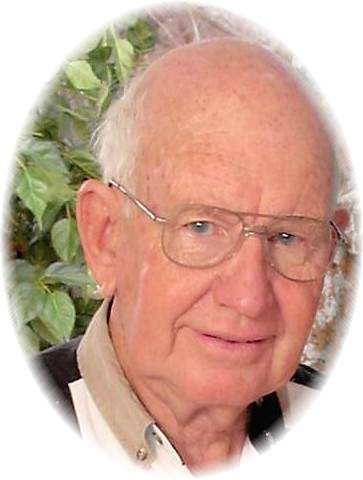 Chalmer R. Goldenstein, 91, of Quincy passed away on Wednesday, April 11, 2018 in St. John’s Hospital in Springfield.

Chalmer was born on July 7, 1926 on the Goldenstein farm West of Golden. He was the son of the late John L. and Margaret (Herren) Goldenstein. He married Bonnie J. Herrmann on December 2, 1951 in the Camp Point Christian Church. Bonnie passed away on May 11, 2017.

He was preceded in death by one brother, Orville Goldenstein , one sister, Edna Gerdesand a great-granddaughter Savannah Austin.

Chalmer served his country during WWII in the United States Army. He worked for Moorman Manufacturing, Retiring after 32 years of service. He was a member of Madison Park Christian Church in Quincy, Silver Ridge RV Park in Mesa, AZ since 1990, Quincy Area Travel Trailer Club, Silver Mountain Campers Club and the Heartland Garden Tractor Pulling Club. He loved farming, gardening and camping.

To order memorial trees or send flowers to the family in memory of Chalmer Goldenstein, please visit our flower store.