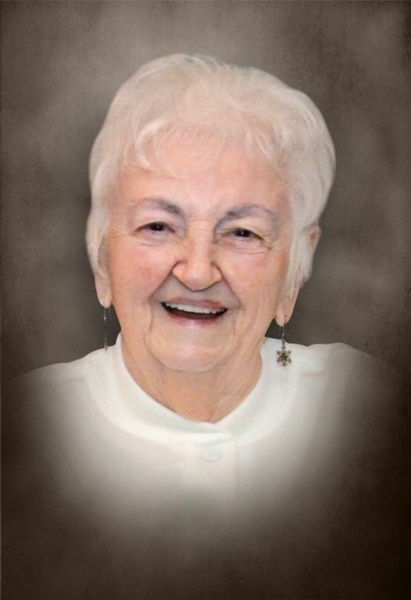 Charlene “Sarge” Kirkbride, 91, of Vermont, passed away at 7:11 PM, Saturday, January 25, 2020, at the Rushville Nursing and Rehabilitation Center in Rushville.

She was born on December 27, 1928, in Kewanee, Illinois, the daughter of Herman Bryan and Fairy Amsfeld (Lane) Manuel.  She first married Charles Richard Cable and he preceded her in death on December 22, 1960.  She later married Charles Kirkbride in 1964 and he survives.

Charlene was a graduate of Astoria High School and the Macomb Beauty School.  She worked at Wells-Lamont in Beardstown, Gayman Dog Kennels in Roseville and Modern Woodmen.  She became a beauty operator and had Charlene’s Beauty Shop in Vermont for 15 years.  She moved to Indianapolis Indiana for 8 years before returning to Vermont in 1992.

She was a member of the Browning Church of Christ.  She loved her flowers, was very artistic and enjoyed drawing, painting, ceramics, needlepoint and embroidery.  She liked to quilt and made fourteen baby quilts to give away.  She was a very talented piano player.  She loved camping and traveling with her brother and sister-in-law.

Graveside services will be at 11:00 AM, Friday, January 31, 2020, at the Browning Cemetery, near Browning, with John Ruppel officiating.  Interment will follow.  Memorials are suggested to the Browning Church of Christ.

To order memorial trees or send flowers to the family in memory of Charlene Kirkbride, please visit our flower store.