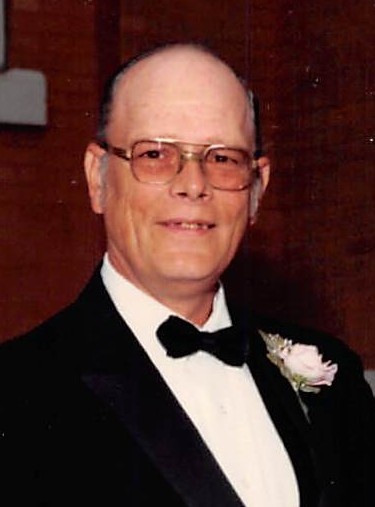 Charles Robert Baker, 80, of Mendon passed away on Wednesday, December 7, 2016 in Blessing Hospital in Quincy.

Charles was born on February 1, 1936 in Lewistown, Mo., to the late Harold Bayne and Helen Veronica (Legg) Baker. He married Sharon Jean Marsh on September 4, 1960. Sharon survives of Mendon.

He was preceded in death by one brother, Bill Baker and two sisters, Joy Ann MacKison and Nancy Eisel.

Charles served his country in the United States AirForce and was stationed in Anchorage, AK.  He worked for Electric Wheel in Quincy for 20 years then went or work for Chaddock  for 5 years before joining the janitorial staff at the Illinois Veterans Home, where he worked for 10 years. He enjoyed woodworking, fishing and shooting trap.

Private Graveside services will be held at a later date in the Quincy Memorial Park in Quincy. Visitation will be from 2:00 P.M. until 4:00 P.M. on Sunday, December 11, 2016 in the Hunter Funeral Home in Mendon. In lieu of flowers memorial contributions have been suggested to the American Heart Association. You are invited to share memories of Charles and leave condolences at www.hunterfuneralhomes.com.

To order memorial trees or send flowers to the family in memory of Charles Baker, please visit our flower store.