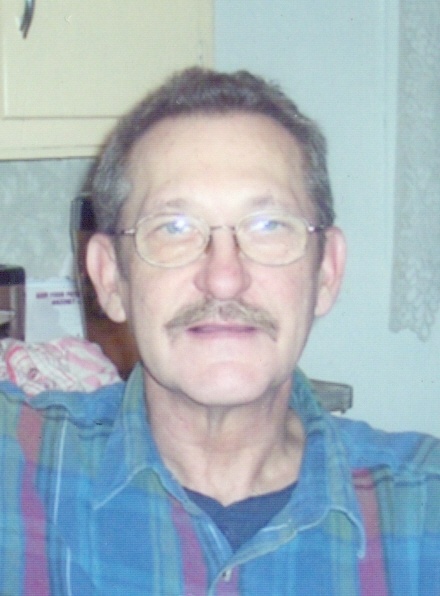 He was born on November 18, 1949, in Littleton, Illinois, the son of Clifford and Clela (Gorsuch) Sprinkle.  He married Linda Patton on October 4, 1996 in Rushville.  She survives.

Also surviving are one daughter Kelly Knous of Rushville, one granddaughter Tayler Knous, and several cousins.  He was preceded in death by his parents.

Chris was a 1968 graduate of Rushville High School.  He served in the US Army from July 1969 to June 1971.   He was a welder by profession and had worked for Bohn Aluminum in Beardstown and Precision Tank in Virginia, Illinois, until a work injury ended his welding career.  He then became a security guard for Excel in Beardstown and later the Department of Human Services in Springfield, retiring in 2007, due to health issues.  In his early years, he was a member and active with the Schuyler American Legion Post #4.

He was an avid outdoorsman, who enjoyed hunting, fishing, and mushrooming.  He also enjoyed watching western movies and going to dances.

Graveside Services will be at 2:30 PM Friday, March 10, 2017, at the Littleton Cemetery, in Littleton, with military rites by the US Army Burial Detail and the Schuyler American Legion Post # 4.  Memorials are suggested to the Chris Sprinkle Memorial Fund.

To order memorial trees or send flowers to the family in memory of Chris A. Sprinkle, please visit our flower store.