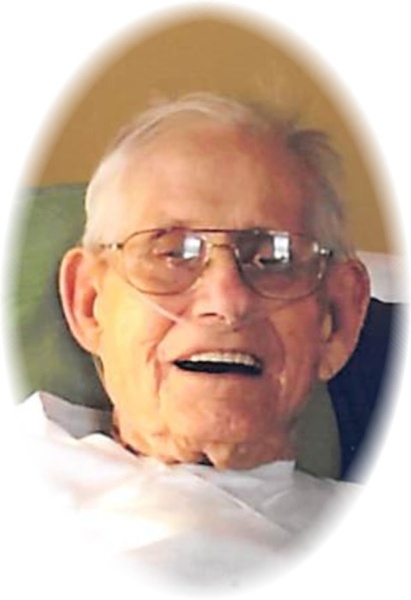 Clayton was born on March 17, 1927 in Griggsville to the late Roy Byrlie and Minnie (Moss) Taber. He married Grace Reckers on September 15, 1954 in Carthage. Grace survives of Golden.

Clayton served his country in the United States Navy during WWII. He was a plasterer for Bud Montag and tended bar for Bud & Lolas in Golden for many years. He was a member of the Golden American Legion Post #801 and enjoyed hunting and fishing.

Memorial services will be 1:00 P.M. on Saturday, April 27, 2019 in the Hunter Funeral Home in Golden with Ralph Fairchild officiating. Memorials contributions have been suggested to the Golden Good Shepherd Home or The Blessing Foundation for Hospice. You are invited to share memories of Clayton and leave condolences at ww.hunterfuneralhomes.com

To order memorial trees or send flowers to the family in memory of Clayton Taber, please visit our flower store.