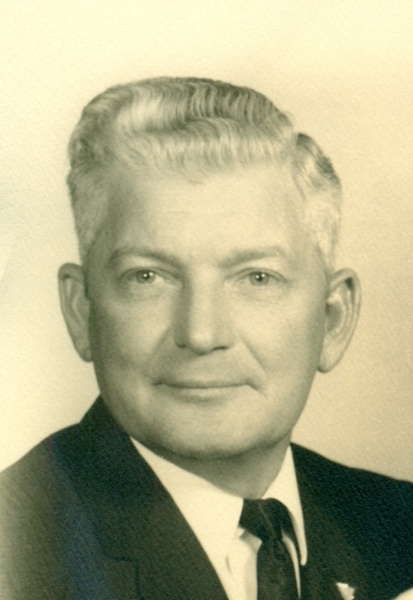 Darius L. “Jerry” Seckman, 97, of Rushville, passed away at 4:08 AM, Tuesday, May 1, 2018, at the Rushville Nursing and Rehabilitation Center in Rushville.

For two years from the age of 15 to 17, Jerry worked at a Conservation Camp in Wisconsin.  He made $30 a month, which he kept two and sent $ 28 back to his family.  He met Eloise Smith in Mt. Sterling and they were married on January 17, 1942, in Shelbyville, Missouri. Jerry and Eloise moved to various military bases out west during Jerry’s service in WW II.  After his discharge, they moved back to Schuyler County, where they lived on a farm for 13 years, before moving into the City of Rushville.  He then drove a school bus and became an electrician with IBEW.  He last worked for Darrell Greenlee retiring in 1982.  After his retirement, he volunteered to wire many community buildings including the Schuyler American Legion and the new clubhouse at Scripps Park golf course.

Jerry was a member of the Schuyler American Legion Post # 4, Guthrie Pierce VFW # 1239 in Beardstown, Voiture 40et 8.  He enjoyed playing baseball, horseshoes and bowling.  He was a devoted golfer, playing after work and most weekends.

To order memorial trees or send flowers to the family in memory of Darius L. "Jerry" Seckman, please visit our flower store.