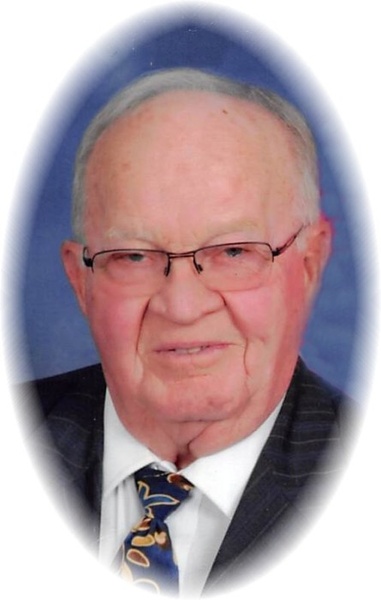 David was born on March 8, 1938 in Clayton to the late Earl and Mary (Clark) Higley. He married Barbara Herren on April 13, 1958 in the Good Shepherd Lutheran Church in Clayton. Barb survives of Golden.

David was a member of Trinity Lutheran Church in Golden and was a former Council President. He was a member of the Golden Lions Club and the Boy Scouts, where he was awarded the Silver Beaver Award. He loved working on old tractors and attending sporting events, especially his grandchildren’s events.

He was preceded in death by two sons; Mark and Timothy Higley; one brother-in-law, Larry Gabel and one step-sister-in-law, Joyce Ann Alford.

Services will be 1:30 Sunday, March 11, 2018 in Trinity Lutheran Church in Golden with Reverend Brad Eidson officiating. Interment will be in Ebenezer Cemetery near Golden. Visitation will be from 2:00 P.M. until 4:00 P.M. on Saturday, March 10, 2018 in the Hunter Funeral Home in Golden.  In lieu of flowers memorials have been suggested to Trinity Lutheran Church or the Donor’s Choice. You are invited to share memories and leave and leave condolences at www.hunterfuneralhomes.com

To order memorial trees or send flowers to the family in memory of David Higley, please visit our flower store.