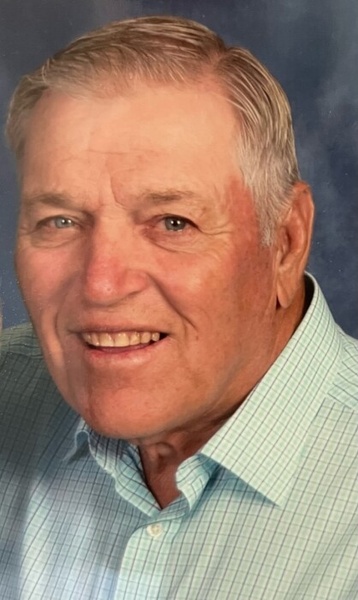 
Delbur attended LaPrairie Grade School, graduating from Central High School in 1958.  While in high school, he enlisted in the US Army Reserves.  Upon returning from the Reserves, Delbur began farming on the family farm with his father. He continued farming for the rest of his life.  In addition to farming, he sold Pioneer Seed.  Delbur was a lifelong member of Centennial Ebenezer Church, Adams County, Illinois, where he was a member of a United Methodist Men, served on the administrative board and served as Sunday School Superintendent.  Delbur hand cranked many a gallon of ice cream for the church's annual ice cream socials.  He enjoyed bowling on singles and couples’ leagues. He and Janet became "snowbirds" later in life and wintered in Palmetto, Florida. Their deal was they had to return to the farm by March 1st for spring calving season. Delbur loved being a Grandpa and a Great-Grandpa and he especially enjoyed fishing with his grandchildren and great grandchildren.


Visitation will be held Thursday, June 23, 2022, with family meeting friends between 5:00 and 7:00 PM at the funeral home.
Funeral Services will be held Friday, June 24, 2022, at 10:00 am, at Triplett Funeral Homes in Golden, Illinois with Sheri Renner officiating.  Burial will immediately follow the funeral at Ebenezer Chapel Cemetery, rural Golden, Illinois.
Memorials have been established for Centennial Ebenezer Methodist Church or Blessing Hospice.
Family and friends are invited to share their memories of Delbur and leave a condolence at www.triplettfuneralhomes.com.
The arrangements and care are under the direction of Triplett Funeral Homes - Golden, Illinois.

To order memorial trees or send flowers to the family in memory of Delbur Knorr, please visit our flower store.