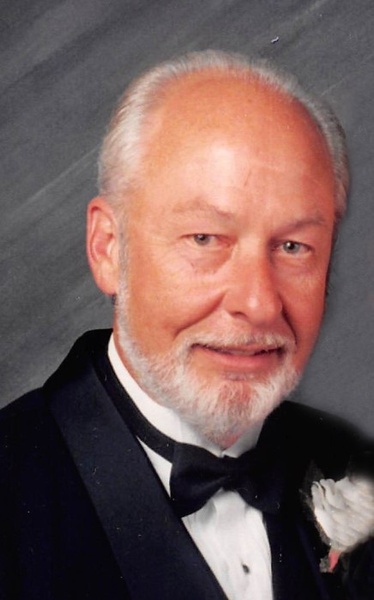 Dennis was born April 17, 1946 in Blessing Hospital to Lester and Mildred Halsey. Dennis married his beloved, Carol Aden on December 27th, 1980. She survives.

Dennis was a 1964 graduate of Unity High School in Mendon, Ill. Dennis enjoyed many successful years on the baseball diamond at second base and on the  hardcourt as a point guard, staying close with many classmates. After graduation, Dennis found employment at Motorola. When Motorola departed, Dennis came home to work at the Mendon Farm Center. After closing, Dennis moved across the street to Neil Oil Company where he retired in April 2015.

It was hard to tell what transportation Dennis loved more, his tractors or his golf cart. Dennis grew up on the family farm with his two siblings, a place he loved dearly. Then his love turned to golf, where he found true friends who he worshipped, always.  Other passions arose later in life. From visiting used cars lots on a cold winter day to admiring the athletic talents of his grandsons.

Dennis never met a stranger. With a wonderful sense of humor, Dennis always had a joke to tell and a smile to give.

He was preceded in death by his parents and brothers-in-law, Wayne Shank and Richard Lawler.

Please click here to view the video tribute
To order memorial trees or send flowers to the family in memory of Dennis Halsey, please visit our flower store.