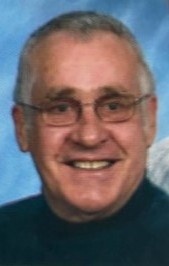 Donald Ray Campbell, 79, of Quincy passed away on Wednesday, June 10, 2020 in Blessing Hospital in Quincy.

Don was born on July 14, 1940 in Quincy to Raymond and Josephine (O’Brien) Campbell. He married Karen Frazier on May 1, 1959 in the Ursa Christian Church.

Don attended Ursa grade school and Unity High School graduating in 1958. He graduated from Gem City Business College in 1964. Donald proudly served his country in the United States Navy Reserves 1958, and entering active duty in the Pacific Arena from 1958-1960.

During his grade school years Don was a paper boy for the town of Ursa. He worked as busboy/waiter for the Ursa Doo Drop Inn during high school. He worked for one year for Wilton Baker Builders, packaging Corp for two years then joined Sherwin Williams Paint Company in 1965, where he worked as Credit Manager, outside sales rep an store manager in Quincy, retiring in 1995 and returned to Sherwin Williams as a part time delivery person until 2005.

Don was an active member of the Ursa Christian Church during his childhood, then as a youth leader and deacon until 1980. He became a Charter member of the Faith Christian Church (Currently Faith Journey Church as of 2016), where he served as Deacon, Teller and Volunteer at Horizons Social Services. He enjoyed visits with his children, grandchildren and great grandchildren. He loved his dogs, gardening, working in his shop and mowing the yard.

Graveside services will be 1:30 on Monday, June 15, 2020 at the New Providence Cemetery in Ursa with Ryan Wiemelt officiating. Memorial contributions have been suggested to the Iowa City Veterans Administration or the Faith Journey Church. The Hunter Funeral Home in Mendon has been entrusted with the arrangements. To share memories of Don and leave condolences please go to www.hunterfuneralhomes.com

To order memorial trees or send flowers to the family in memory of Donald Campbell, please visit our flower store.