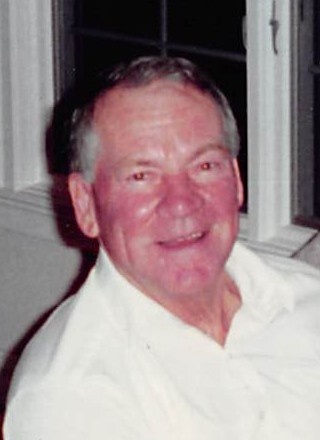 He was born at home in Mendon on May 30, 1932 to the late William Thomas Cantrell and Elizabeth Catherine (Swunk) Cantrell.

Donald was the 8th child of 10 children born to this union.  Don was only 6 years old when his mother died.  He attended Mendon Grade School and Mendon Township High School.  During high school he enjoyed playing sports where he made many friends and he especially enjoyed playing football.  In his Junior Year of high school - the school was closed and renamed Unity High School and Don graduated from here in 1951.   After graduation he worked in Keokuk, Iowa until he was drafted into the U.S. Army in 1952. His basic training was in Fort Beloid, Virginia and he was stationed there while he trained to be in the Military Police and later the Army transferred him to Harrisburg, Pennsylvania.     He stayed in the Army until he was discharged in 1954.

At that time he then returned home to Mendon, IL and worked for one year at Kropp Oil Company while staying with his sister Isabelle and family.   In 1956 he went to Galesburg to work for the C, B, and Q Railroad for 12 years as a train conductor which he truly enjoyed.  On June 19, 1960 he married Barbara Knear of Galesburg, IL. Then in 1968 he started the Cantrell Rental Service in Galesburg.  He was a well-known owner/operator of this successful business for 28 years and took great pride in his business.  During this time Don was a member of many community organizations including the Elks and Kiwanas.

In 1989, Barb and Don dissolved their marriage and Don closed Cantrell Rental Service in 1996 after 28 years so he could retire.  He moved to Quincy in 2010 and was employed as a grain truck driver for Ursa Farmers Coop, mowed yards, and was known as a fix-it-all man helping with many maintenance jobs for many friends.

He dearly enjoyed family gatherings.  Some favorite pass-times of Don’s were playing cards, dancing with his sweet-heart, and watching the Bears football games.

He was preceded in death by his parents, 4 brothers: Junior, Raymond, Ralph, and Bud Cantrell, and 4 sisters:  Ethel Meyer, Isabelle Branstetter, Ruby Welte, and Dolores Rose.

Services will be 1:00 P.M. on Thursday, June 1, 2017 at Hunter Funeral Home in Mendon with Keith Ehresman officiating.  Burial will be in Mendon Cemetery. Visitation will be from noon until the time of services on Thursday. In Lieu of Flowers memorial contributions have been suggested the Great River Honor Flight.

To order memorial trees or send flowers to the family in memory of Donald Cantrell, please visit our flower store.