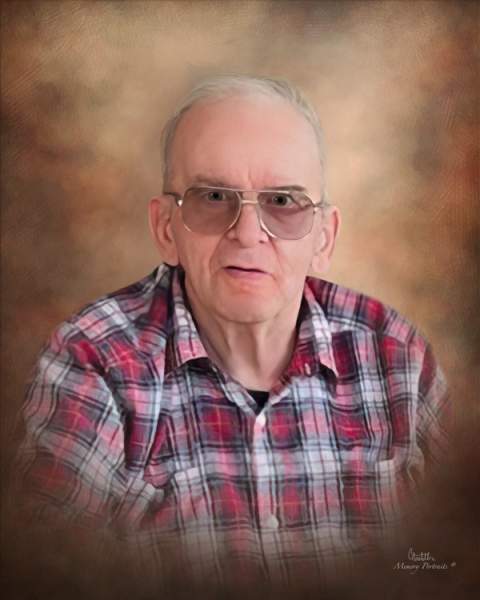 Donald Dee “Chappy” Chapman, 82, of Ursa, IL passed away on Thursday, Nov 10, 2022, at 9:54 AM in Good Samaritan Home, Quincy, IL. He was born on August 29, 1940, in Ewing, MO, to James Samuel and Goldie Zuspann Chapman. He married Lawana Jane Nichol on July 24, 1967. She survives in Ursa.
As a young man he worked for local farmers around the Ewing area and was employed by Tenk Hardware.  He became a Machinist, working at Hollister Whitney for 38 years. During his retirement, he repaired small engines and John Deere lawn mowers, which were his favorite.
Chappy enjoyed camping, fishing, hunting and traveling with family, including a trip to Hawaii. He was an avid country music fan.  Another activity he enjoyed was early morning “meetings” for coffee at the Ursa Cafe with the crew, where he continuously “stirred the pot”.
In addition to his wife, survivors include a sister-in-law, Carolene Keller of Fowler, IL; a niece, Tammy (Linda) Beeler of Lake Dallas, TX; three nephews: Stacy (Nicole) Beeler of Marceline, IL, Wayne (Jenny) Beeler of Fowler, IL, and Curtis Beeler of Ursa, IL.  Six great nephews, a great niece, a great great nephew, cousins and many friends also survive.
He was preceded in death by his parents, a sister and her husband, his father-in-law and mother -in-law, brothers-in-law, aunts and uncles.
Visitation will be Tuesday, November 15, between 4:00 and 6:00 PM at Triplett Funeral Homes of Mendon. Funeral Service will follow Wednesday, November 16, at 11:00 am at Triplett Funeral Homes of Mendon.  Burial will immediately follow at New Providence Cemetery, Ursa, Illinois. Memorials for Donald Chapman have been established for Parkinson's Foundation and Good Samaritan Home of Quincy.
Condolences can be left at www.triplettfuneralhomes.com.  Triplett Funeral Homes of Mendon is in charge of arrangements.
To order memorial trees or send flowers to the family in memory of Donald Chapman, please visit our flower store.