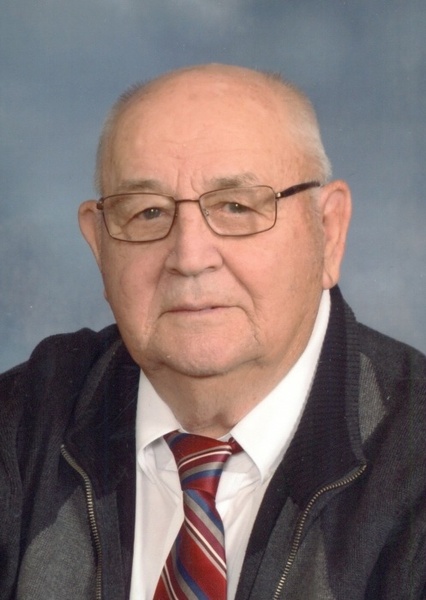 He was born on November 20, 1938 in Schuyler County, Illinois to Sammie and Helen (McClelland) Phillips. He married Karen Geer June 14, 1958 at the First Christian Church in Rushville.

He graduated from Rushville High School in 1956 where he was President of the Rushville FFA Chapter his senior year. Don was a feed salesman with Schuyler FS before farming full-time with his lifelong partner, Karen. They also raised hogs and cattle for many years. He was an active member of the Illinois Pork Producers board and they were awarded the Farm Family of the Year award by the Schuyler County Farm Bureau in 1988. He farmed until the end, planting his last crop in April, 2021.

Don was a member of the First United Methodist Church of Rushville, where he was integral in computerizing the church’s accounting and membership records. He enjoyed electronics and was one of the early adopters of computerized farm records and farm-use GPS.  He was also one of the founding leaders of the Schuyler Specials 4-H club and volunteered with the Rushville FFA Chapter. Don never knew a stranger and could always be counted on to help you pick out a computer, play a game of Somerset or pitch, and to “never let go of the rope”.

Services will be at 10:00 AM, Tuesday, June 8, 2021, at the First United Methodist Church in Rushville, with Pastor Stacy Tomich officiating. Interment will follow in the Rushville City Cemetery. Visitation will be from 5:00 PM to 7:00 PM, Monday, June 7, 2021, at the Wood Funeral Home in Rushville. Memorials are suggested to the First United Methodist Church.  You are invited to share your memories of Don, leave condolences and view his memorial video at www.woodfh.net.

To order memorial trees or send flowers to the family in memory of Donald Phillips, please visit our flower store.