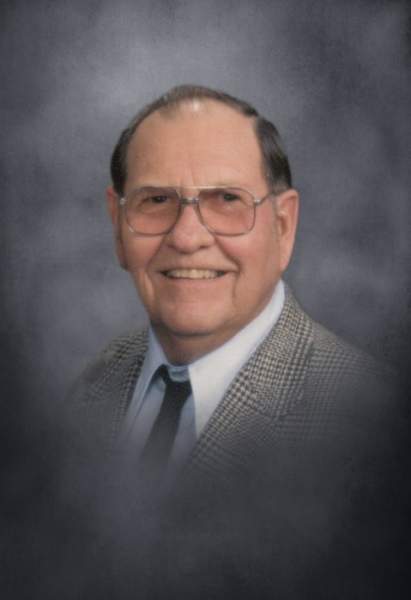 Don served in the United States Navy during the Korean War, from December 1950 to March 1954.  He and his brother George owned and operated Root’s Conoco in Rushville.  He made license plates for Hemp’s in Macomb.  He was a truck driver for Bartlow Brothers in Rushville, JB Hunt in St. Louis, Star Trucking in Morton and L& N Industries in Ray retiring in 1992.

He was a member of the Sugar Grove United Methodist Church, the Schuyler County American Legion Post #4, the Carthage VFW, Rushville Moose 506 and the Rushville Lions Club.  While his sons were young, he coached minor league baseball and was a Master of Boys Scouts.  He volunteered with the Schuyler County Food Basket.  He enjoyed hunting, fishing, camping and reading.  Don enjoyed reading Western novels and watching John Wayne movies.  He was a St. Louis Cardinal fan and enjoyed attending games

Private Family Services will be held at the Wood Funeral Home in Rushville, with Pastor Charla Meyers officiating.  Interment will follow in the Rushville City Cemetery, with military rites by the US Navy Burial Detail and the Schuyler American Legion Post #4.  Memorials are suggested to the Sugar Grove United Methodist Church or the Schuyler County Food Basket.

To order memorial trees or send flowers to the family in memory of Donald Root, please visit our flower store.