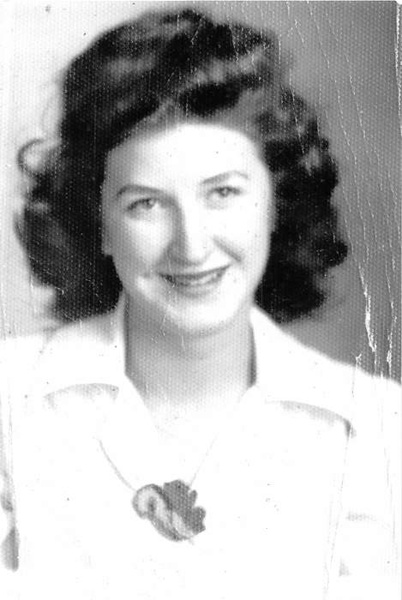 "Home" is a tradition for the Tomlinson family, and just like Dorothy Mae (Tomlinson) Walker was born "at home" at 125 E. Clinton in Rushville on November 6, 1929 as the second of 4 daughters and  the fifth of 10 children of Durward Morris  and Florence Ella (Walker) Tomlinson, so she left this earth from her home in Rushville early Sunday morning of October 9, 2016.

On that day,  "Dottie" left her bed, her breathing problems, and any regrets behind.  At 7:45 that morning she was "Called Home" to heaven to live eternally in joy with so many others.  She bore her illness of 15 years with amazing gentleness, patiently allowed bother-some treatments and smiled from time to time to reward family visitors and those who were dedicated to her care.   Those smiles were a gift to us that we will always remember. On that Sunday, angels came and took Dottie to the throne room, and all Heaven rejoiced.

Dorothy graduated from Rushville High School in 1948, and attended the Galesburg campus of the University of Illinois, where many of the  young WWII veterans were matriculating at that time under the new GI Bill.  There she met her future  husband  Henry Merrick Walker.   In Rushville, she was a member of the First United Methodist Church.During  the time of her children's schooling, Dottie worked as Assistant to the Director of the Institute for Social Research at the University of Michigan in Ann Arbor, Michigan.  She was also active in the Republican Party in a very Democratic climate during the exciting 60's, and loved traveling, meeting and learning about new people from around the world who came to UM to complete their graduate studies, great music and the fun of the annual Ann Arbor Street Fair.  On through her retirement years, she found the annual family gatherings in Rushville especially meaningful and important to her.

The family would like to especially thank the wonderful team of care-givers for their many hours dedicated to Dottie's loving care.

A Celebration of Life will be held for family and friends at the First United Methodist Church in Rushville on Saturday, October 29 at 10:30 a.m. with a light lunch following at the family house on East Clinton.   Should you wish to  make a donation in Dottie's memory, the family would suggest the Alzheimer’s Association as one of the appropriate choices.

To order memorial trees or send flowers to the family in memory of Dorothy Walker, please visit our flower store.