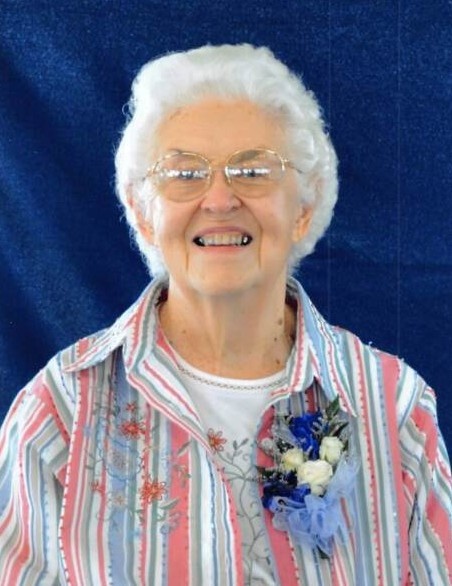 Dorothy Ann Wood, 94, of rural Lima passed away at home on Friday, June 4, 2021. Dorothy was born in Lima Township on December 1, 1926, to Gilbert and Esther (Wollbrink) Schutte. She attended three years of high school in Lima then graduated from Mendon Township High School in 1944.  After graduating from Gem City Business College, Dorothy worked for E. Best Plumbing and Heating Supply in Quincy.

On February 24, 1951, Dorothy was united in marriage to Harold Wood at the Bethany United Church of Christ in Tioga.  She became one of the charter members of The Federated Church of Lima.  Dorothy was very active in church activities, teaching Sunday School for many years, making butter-horn rolls for the breakfast after Easter sunrise service and homemade cinnamon bread for sale at the annual Lord’s Acre Sale, as well as helping make donuts.  In addition to being a farm wife and mother, Dorothy began working as a teller/bookkeeper at The State Bank of Lima in 1976, retiring as cashier in 1997.

To order memorial trees or send flowers to the family in memory of Dorothy Wood, please visit our flower store.