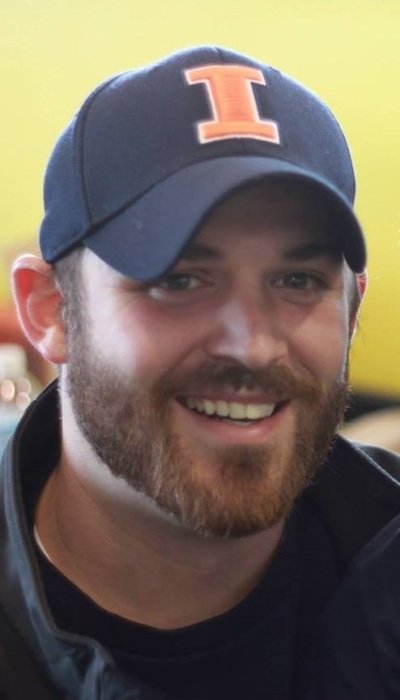 Surviving are two sons Tycen Little and Landon Little both of Beardstown, his father Jay Little and wife Teresa of Frederick, two sisters Dana Caley and husband Andy of Quincy and Jennifer Graham and husband Josh of Paducah, Kentucky, one brother Hank Little of Nashville, Tennessee and several aunts, uncles, cousins, nieces and nephews.  He was preceded in death by his mother Michelle Little and grandparents James and Eva Little and Horace and Jonquil Marvel.

Earl was a 2003 graduate of Rushville High School.  He served in the United States Air Force and attended the Fireman’s Academy in San Angelo, Texas.  He was stationed with the fire department at MacDill Air Force Base in Tampa.  He worked for Caley Construction and was a programmer for Titan Wheel both in Quincy.  He was an Illini, Chicago Bears, Cubs and Bulls sports teams fan.  He was most proud of being a father and loved his sons beyond measure.

Graveside services will be at 10:00 AM, Friday, July 13, 2018, at the Rushville City Cemetery with Andy Caley officiating.  There will be no visitation.  Memorials are suggested to his son’s education fund.

To order memorial trees or send flowers to the family in memory of Earl Little, please visit our flower store.