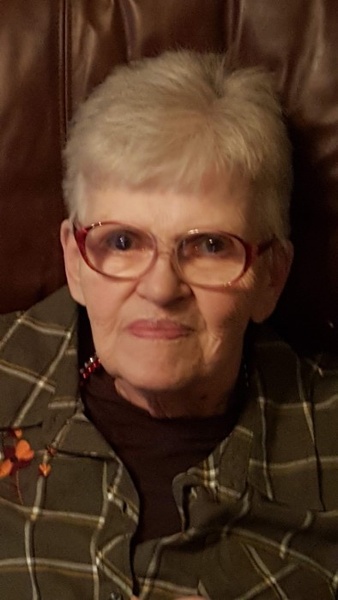 She was born on April 10, 1938, in Ithaca, New York, the daughter of Thomas Cassady and Mildred Belle (Hausner) Harris.  She first married Billy Thornton and later Hank Fulscher.  In 1983, she married Clarence “Pa” “Dusty” Norton.

A 1956 graduate of Ithaca High School, she served as an Airman 2nd Class with United States Air Force.  She first worked at J.C. Penney in Rushville.  She then worked for over 26 years at Culbertson Memorial Hospital in both the Dietary and Housekeeping Departments.  She later babysat in her home.

Elaine was a member of the First Baptist Church in Littleton and was a big supporter of the Humane Society.  She enjoyed painting and bowling.  She also bred and sold Yorkshire Terriers.

Due to the current health situation and directives by the Illinois Governor and CDC a visitation to celebrate Elaine’s life will be held at a later date.  Memorial contributions are suggested to the First Baptist Church of Littleton or the Schuyler Senior Center.

To order memorial trees or send flowers to the family in memory of Elaine Norton, please visit our flower store.

Visitation at a later date