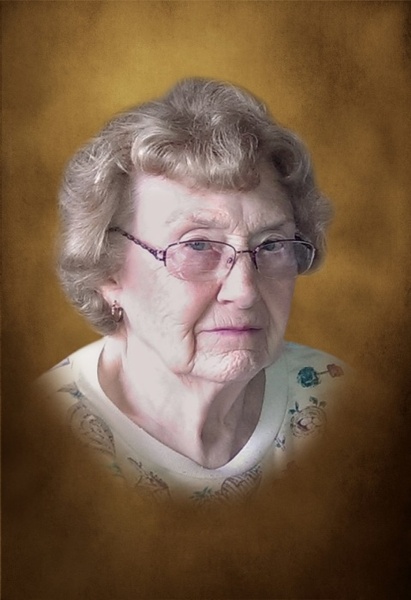 Eloise Snyder, 88, of Rushville, passed away at 11:55 AM, Friday, June 15, 2018, at the Rushville Nursing and Rehabilitation Center in Rushville.

Surviving are one daughter Marilyn Ring and husband Wayne of Rushville, one grandson Alexander Ring and wife Reyna, three great grandchildren Chloe, Penelope and Alexander Ring, Jr., one sister-in-law Joanne Grate of Rushville, and several nieces and nephews.  She was preceded in death by her parents, husband, and one brother Lyle E. Grate, Jr.

A 1947 graduate of Rushville High School, she completed cosmetology school in Decatur.  She then operated her own beauty shop while also working as a clerk at the A&P Store.  Eloise and her husband owned and operated Snyder Hardware and Appliance from 1954 to 1965.  After the closing of the store, she returned to A&P for 5 years.  In 1971, she began working as a bookkeeper at Arthur Ring and Sons in Rushville, retiring in 2008.  She was also a longtime antique and collectibles dealer.

She was a member of the First Christian Church (Disciples of Christ) in Rushville.  She served as a Girl Scout Troop Leader and later Consultant.  She was a founding member of the Rushville Depression Glass Club.  She and her husband were members of the Midstates Jeepster Association.  She enjoyed music, especially playing her piano, sewing and watching old movies.

To order memorial trees or send flowers to the family in memory of Eloise Snyder, please visit our flower store.