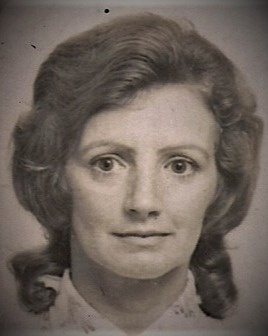 Ena Louise Dunford, 84, of Quincy, Illinois, passed away Wednesday, September 28, 2022, at 4:23 AM at Blessing Hospital in Quincy. She was born on April 20, 1938, in Eccles Lancashire, England, the daughter of Ernest and Ena Margaret Yates Scott. She married Keith Dunford on March 2, 1957, at Shaw in Greater Manchester, England. He survives in Quincy.

Ena was preceded in death by her parents, a son, Michael Dunford, a son-in-law, Kyle J. Starman, a brother, Robert Scott, and two grandsons, Gregory Oliver Starman and Zachary Dunford.

Ena was born and educated in England. In her late teens she serendipitously met her husband-to-be during vacation time at the seaside hometown of Cleveleys in the North of England.

They both worked in radio and television technology which later took them, along with three children, to countries in Europe, Africa, Middle East and Asia, where they lived and worked building Radio, Television, Media facilities and Networks.

Ena managed a savings and loan branch while living near Durban in South Africa during the nineteen seventies where her husband was contracted on media projects.

She was a wonderful caring mother working with her three children to prepare them for their early school years.

Ena loved crafts, knitting and sewing in particular. She made items for children in hospitals, including teddy bears, blankets, hats and other items to brighten their stay. She also loved complex jigsaw puzzles and doing daily word games.

A Memorial Service will be held at a later date.

Triplett Funeral Homes of Mendon has been entrusted with the care and arrangements.

To order memorial trees or send flowers to the family in memory of Ena Louise Dunford, please visit our flower store.