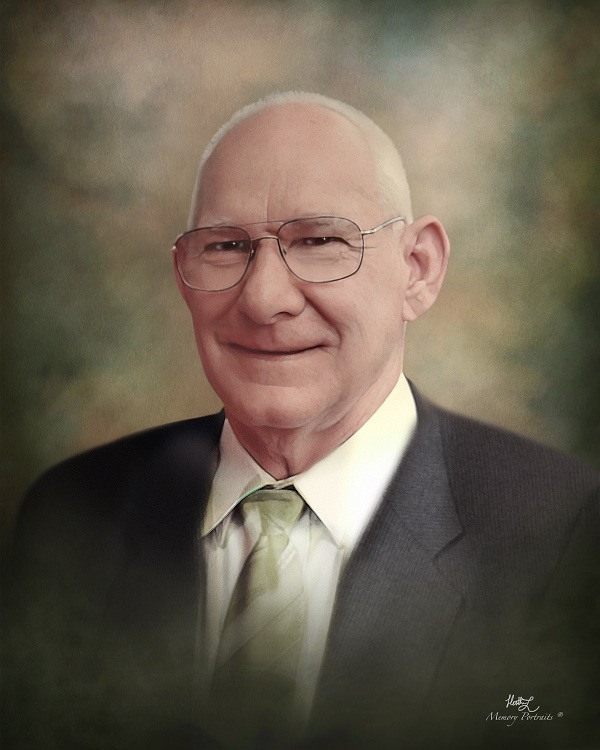 Eugene Hulvey, 91, of Camden, Illinois, passed away Saturday, December 24th at Country Gardens in Rushville Illinois. He was born on October 29, 1931, in Schuyler County Illinois, the son of Guy James and Marie Florence (Smith) Hulvey.

Gene attended Rushville High School. He farmed in Camden, Illinois from 1950 to 2000 taking two years off from 1952 to 1954 to serve his country in the Korean War. He was a Corporal in the U.S. Army Company B, 223rd Infantry Regiment, 40th Division. He received the Korean Service Medal, One Bronze Battle Star, Combat Infantry Badge, United Nations Service Medal, three Medals of Courage and the Good Conduct Medal.

Gene was a member of the former Bethany Bible Church, which was near his home, for 50 years. When the church closed, he transferred his membership to the First Christian Church (Disciples of Christ) and was a member for the past 15 years. Gene’s faith was very deep, and his church family was very special to him. He rarely missed a morning in his 91 years, reading his “Daily Bread” devotional and scripture.

He is also survived by seven great grandchildren, one sister, Marlene Briggs, of Macomb, Il and several nieces and nephews.  He was preceded in death by his parents, his wife, Betty, wife, Elaine, his brother and sister-in-law, Maynard and Connie Hulvey, brother in-law, Max Briggs, and stepfather, William Roudebush.

Gene enjoyed farming and working outdoors, especially gardening and mowing.  In his later years, he enjoyed his time helping his companion, Maggie, with her flowers and landscaping.  His children were his pride and joy and are a very close-knit family.  They were blessed to have such a loving father who alone raised and supported them after their mother passed away at such a young age.  They will never forget all he taught them and did for them, and the example he set for them.

Visitation for Gene will be Wednesday December 28th from 5:00 until 7:00 pm at Triplett & Wood Funeral Home, Rushville, Illinois.

Funeral Services for Mr. Hulvey will be Thursday December 29th, at 10:30 am with Reverend Bill Rucker officiating at Triplett & Wood Funeral Home.

Memorials have been established for Cass-Schuyler Hospice or to First Christian Church (Disciples of Christ), Rushville, Illinois.

Family and friends are welcome to leave condolences and remembrances of Eugene at www.triplettwood.com

To order memorial trees or send flowers to the family in memory of Eugene Hulvey, please visit our flower store.