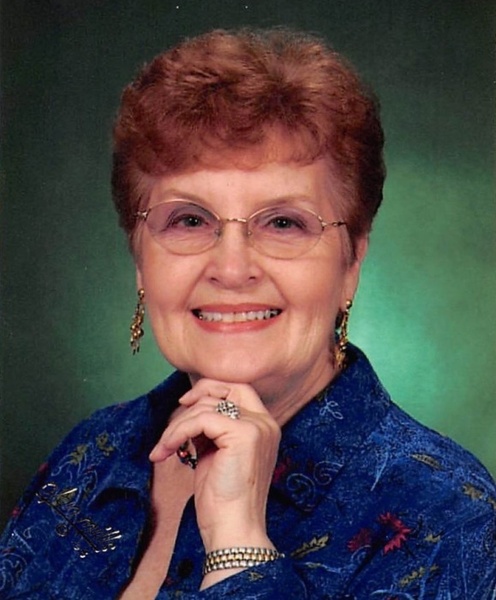 She was born on September 20, 1935, to Eilert and Ida (Huls) Flesner, near LaPrairie, being the youngest of seven children.  She graduated from Unity High School, as Salutatorian of her class.  She attended Gem City Business College in Quincy.  She married Claude Guilmino in 1981 in San Antonio.  He preceded her in death on July 8, 1983.

Surviving are two daughters Kim J. Schrage and husband Jon of Eastborough, Kansas, and Cindy J. May and husband Gary of Boerne, Texas, seven grandchildren Amy Beth, Andrea, Christopher, and Christina Schrage, Zachary and Justin May, and Elissa Rocka and husband Colton, one sister Evelyn Hughes of Quincy, and several nieces, nephews and cousins.  She was preceded in death by her parents, her husband, one brother Waldo Flesner and four sisters Norma Hobbs, Pauline Flesner, Lois Muder, and Louise Turner.

She was employed in Quincy from 1953 until relocating to Springfield, in 1969.  In 1979, she decided to move to a warmer climate and relocated to San Antonio, Texas.  There, she was employed by the Caterpillar dealership as a Personal Assistant; a prominent law firm as an Administrator; and a globally-known real estate developer as his assistant and property manager.

In 2006, she retired to Boerne, Texas, to be closer to her daughter and grandchildren.

Private services will be held at Quincy Memorial Park, with Reverend Marlin Rempfer officiating.  Entombment will follow.  Memorials are suggested to the Golden Good Shepherd Home.  You are invited to share your memories of Eunice and leave condolences at www.hunterfh.com.

To order memorial trees or send flowers to the family in memory of Eunice Guilmino, please visit our flower store.