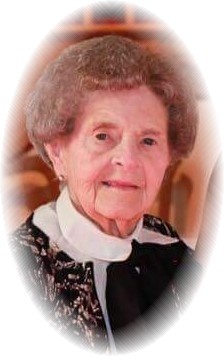 Florence Emily Caroline Terry, 97, of Ursa passed away on Saturday, January 20, 2018 In the North Adams Home in Mendon.

She was preceded in death by; one son-in-law, J. Kenneth Nesbit and two sisters, Esther Ellerbrock and Dolores Buhre.

Services will be 11:00 A.M. on Wednesday, January 24, 2018 in Zion Church in Ursa with Reverend David Schuring officiating. Interment will be in New Providence Cemetery near Ursa. Visitation will be from 10:00 A.M. until the time of services in the Zion Church in Ursa. In Lieu of flowers memorial contributions have been suggested to the Zion Church or North Adams Home. You are invited to share memories of Florence and leave condolences at www.hunterfuneralhomes.com.

To order memorial trees or send flowers to the family in memory of Florence Terry, please visit our flower store.