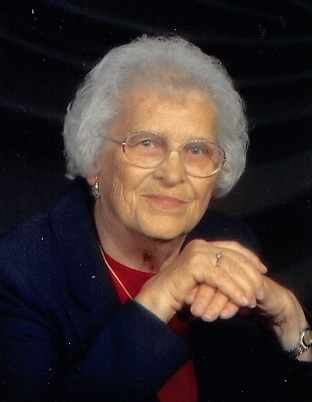 Florine attended La Prairie Schools and graduated Augusta High School with the class of 1945.  She was a member of the Trinity Lutheran Church in Golden.  She and her husband, Lester owned and operated Lester's Food Store in Golden from 1957 until the store closed in 1989.  Florine went on to work various jobs including, housekeeping at the Golden Good Shepard Home for 17 ½ years, painting for 7 years at all the schools in Camp Point Community School District #3, and cleaning for East Adams Clinic for 16 years.  Florine enjoyed gardening, sewing, and spending time with family and friends.

Graveside services will be held at 2:00 p.m. on Friday, February 5, 2021 at Golden Memorial Gardens in Golden, with Rev. Ronald Graham officiating.  A Memorial visitation will be held on Thursday, February 4, 2021 in the Hunter Funeral Home in Golden from 5:00 p.m. until 7:00 p.m.  Masks and social distancing will be required. Memorials are suggested to Trinity Lutheran Church, Golden Historical Society, Timber point Health Care Center or to Blessing Foundation for Hospice.

To order memorial trees or send flowers to the family in memory of Florine Haschemeyer, please visit our flower store.