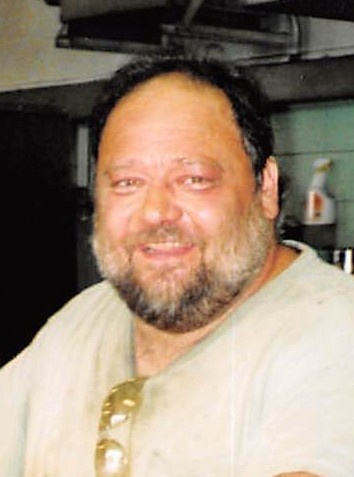 Frank was born on July 27, 1962 in Quincy to the late Frank William Hauk and Verna Hulett. He married Karen Chezem on September 5, 1981 in Quincy and she survives of Golden.

Frank was a member of the First Christian Church of Camp Point.  He worked for Prince Manufacturing, JM Huber Corp, LaPrairie ChattenElevator and Awerkamp Machine and Welding. He did a lot of welding projects for local farmers as well as car restorartions and other welding projects with his friends.

Frank was a hardworking person, ready to help others at a moments notice. He volunteered with the Golden Lions and Homeward Bound Waggin, Inc. in Quincy. He was very Loving. Kind and generous. He will be deeply missed by many people. He appreciated the loving care he received at the Cancer Treatment Centers of America and the nursing staff of Blessing Hospital.

He was preceded in death by his maternal grandparents, Vernon and Opal Hulett and one sister, Ginger.

As per Franks wishes he was cremated. There are no services planned at this time. You are invited to honor Frank’s memory with a memorial contribution to either Homeward bound Animal Rescue,  Shiloh Christian Children’s Ranch or directly to Karen to help defray some of Frank’s medical expenses. You are also invited to share memories of Frank and leave condolences for Karen at www.hunterfuneralhomes.com

To order memorial trees or send flowers to the family in memory of Frank Hulett, please visit our flower store.