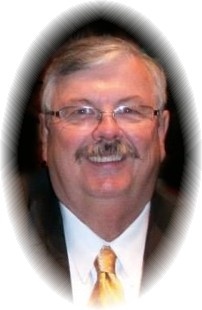 Gary Lynn Myers, 65, of Quincy, formerly of Loraine passed away on Friday, April 21, 2017 in Blessing Hospital in Quincy.

Gary was born on July 26, 1951 in Ft. Madison, Iowa to the late Forrest and Norma (Palmer) Myers. He married Linda Diane Martin on June 8, 1975 in the Loraine Methodist Church in Loraine. Linda survives of Quincy.

Gary proudly served his country in the United States Army Security Agency in South East Asia during the Vietnam era. He was stationed in Ft. Hood, Texas, where he made many lifelong friends. He worked for the Illinois Department of Human Services for 28 years, retiring in 2009. During his retirement he worked part-time for Max-A-Millions in Quincy.

Gary was a member of the Church of St. Peter in Quincy, where he was Chairman of the decorating committee. He was Vice President of the LaGrange Garden Club and was on the Board of Directors for the Members First Community Credit Union, West Central Child Care Connection and a member of the American Legion. He enjoyed floral arranging, gardening, traveling, gaming, watching the Chicago Cubs  and spending time with his grandchildren and his “Babies”, his dogs, Max and Daisy.

He was preceded in death by one brother, Virgil Myers.

To order memorial trees or send flowers to the family in memory of Gary Myers, please visit our flower store.