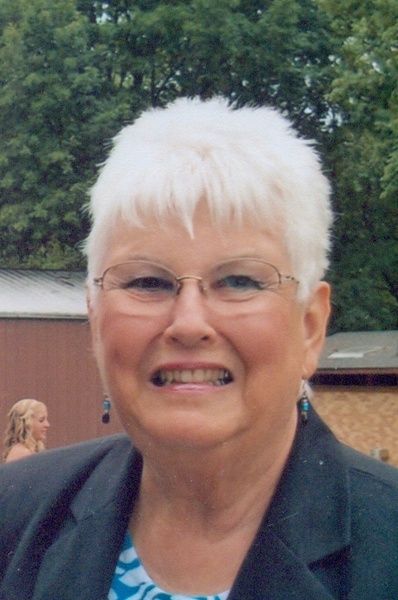 She was born on January 19, 1938, in Waterloo, Iowa, the daughter of Alford and Dorothy (Robertson) Gardiner.  She married Eldon Woodman on September 19, 1959, at the Bethel Presbyterian Church in Waterloo, Iowa, and he survives.

Gayle was a 1957 graduate of Nashua High School in Nashua, Iowa.

She was a housewife and mother for several years until moving to Quincy, where she went to school and graduated from Quincy Beauty Academy in 1970.  The family moved to Golden in 1971, where she started her own beauty shop Gayle’s Golden Style, retiring in 2001.  During those years Gayle was also an EMT for 22 years, a CPR instructor for 21 years and an EMT instructor for 3 years.  She was a member of Immanuel Lutheran Church in Golden, where she served as the first women President on the church council for 6 years and volunteer Sunday School teacher.  She was served on the board of Golden Good Shepherd Home for 5 years.

Gayle was a wonderful loving wife, mother, grandmother, great grandmother and friend.  She had many joys in life including sewing blankets for all of her family and friends.  She enjoyed painting beautiful landscape and flower paintings.  She could be found planting flowers and gardening at their home and on the farm.  When she had a chance to sit down in her comfy recliner should would enjoy a good book.  Gayle was always willing to lend a helping hand or an ear to listen.  She will truly be missed by those whose hearts and lives she touched.

Memorial Services will be held at 10:00 AM, Saturday, May 22, 2021, at the Immanuel Lutheran Church in Golden, with Reverend Jeffrey Corson officiating.  Visitation will be one hour prior to the service at the church.  Memorials are suggested to the Golden Good Shepherd Home.  The Hunter Funeral Home in Golden has been entrusted to care for Gayle and her family.  You are invited to share your memories and leave condolences at www.hunerfh.com..

To order memorial trees or send flowers to the family in memory of Gayle Woodman, please visit our flower store.