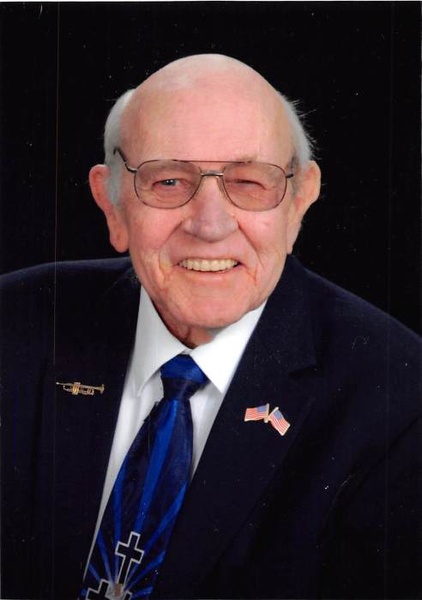 Jerry was born on May 12, 1936 in Golden to the late John J. and Rosa (Weerts) Buss. He married Joyce May Post on February 9, 1958 in Holy Cross Lutheran Church in Golden. Joyce survives of Golden.

Jerry attended Union Three grade School, Golden Grade School and graduated from Golden High School. He served in the Navy Reserves for 8 years. He was a lifelong farmer and drove a truck for Sharkey Transportation for over 23 years.  Jerry was a member of Trinity Lutheran Church in Golden and was a youth sponsor for several years for the LYO. He was a member of the Golden Lions Club, Golden Good Shepherd Board, a volunteer bus driver for the Golden Good Shepherd Home and for over 50 years he played taps for Military Funerals.

He was preceded in death by one brother in infancy, Harold Buss.

To order memorial trees or send flowers to the family in memory of Gerald Buss, please visit our flower store.