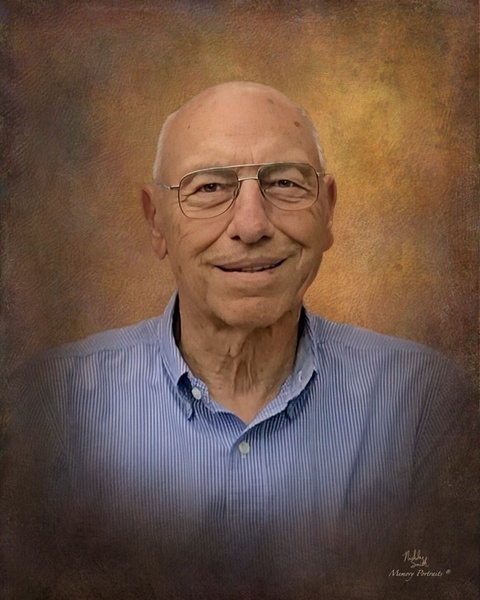 Gerald Harrison Miller, 91, of Mendon, Illinois, passed away September 30, 2022 in Boulder, Colorado. He was born September 7, 1931 in Quincy, Illinois, to Ruth (Harrison) Miller and Vernon Oscar Miller. He married Marilyn Mealiff on August 21, 1954.

Gerald graduated from Unity High School in 1949, served as a Heavy Weapons Infantryman in Korea, and was honorably discharged with the Combat Infantryman Badge and other medals in 1953. After graduating from Bailey Technical School in St. Louis, he joined his father’s business at Big Neck, Illinois. With his parents and Marilyn, he built the business into a regional TV sales and service business called Millers at Big Neck, which was known for fair prices and quality service. Gerald’s success in selling Philco products earned Marilyn and Gerald many trips with Philco, including to the 1964 New York World’s Fair, Hawaii, Puerto Rico, as well as a Caribbean cruise.

He was a devoted family man. He and Marilyn enjoyed traveling to Colorado, Oregon, St. Louis, and Texas to visit their children and grandsons. Gerald was a selfless “fixer”, working patiently on all manner of things that were broken. He loved being Marilyn’s caregiver. Throughout his life Gerald had an avid interest in historic firearms and participated in many gun shows.

In the early days of their marriage Marilyn, Gerald and the kids enjoyed spending time with their close family friends the AMEN group. He was a dedicated boat driver, if not a water skier, pitching in to make sure everyone had a good time on the Mississippi River or at the Lake of the Ozarks. Later in life Gerald and Marilyn looked forward to trips with their longtime friends Jane and Ron Beck. Gerald was always ready to share a good joke, story, or Norman Rockwell calendar, and was known for his gentle and witty sense of humor.

Services will be 10:00 am on Thursday, October 6 at Mendon Congregational Church with Rev. Larry Smith officiating. He will be laid to rest in Mendon Cemetery with Military Honors conducted by the Bear Creek American Legion. Visitation will be from 5:00 pm to 7:00 pm on Wednesday, October 5, at the Triplett Funeral Home in Mendon. In lieu of flowers the family invites memorial contributions to Mendon Congregational Church or a charity of choice.

To order memorial trees or send flowers to the family in memory of Gerald H. Miller, please visit our flower store.