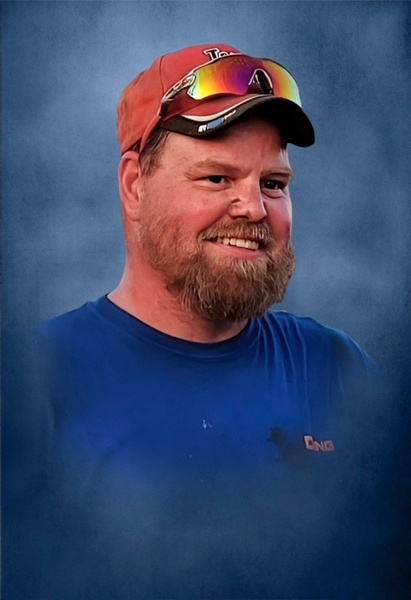 He was born on August 14, 1973, in Peoria, Illinois, the son of Darrell Dean and Karen Lynne (Humphrey) Siegel.  He married Dawniele Keithley on April 26, 2008, in Rushville, and she survives.

A 1991 graduate of Rushville High School, Greg first worked at Zeta Manufacturing in Macomb.  He later began his career with Cargill and later JBS in Beardstown, where he was a fork truck operator in the shipping department.

Greg enjoyed fishing and both the Chicago Bears and Chicago Cubs.  He had a passion for driving in demolition derbies around the area.  He loved to see the kids’ faces light up while watching the derby.  He was proud to be a motorhead, spending hours in the garage working on engines and drinking Busch beer with his best friend Jimmy.  He was known through out the family for assigning nicknames to all of his nieces and nephews.  His greatest joy was spending time with his grandkids, who referred to him as Pa.

A Celebration of Greg’s life will be held at 11:00 AM, Saturday, June 13, 2020, at the Wood Funeral Home in Rushville, with his brother-in-law Pastor David Keithley speaking.  Visitation will be from 9:00 AM to service time on Saturday, June 13, 2020, at the Wood Funeral Home.  Guest are asked to wear mask and practice social distancing. Memorials are suggested to the Rushville Little League or Scripps Park in Rushville.

Please visit the Wood Funeral Home website at www.woodfh.net to leave a video message for the family through SendHugs.

To order memorial trees or send flowers to the family in memory of Greg Siegel, please visit our flower store.