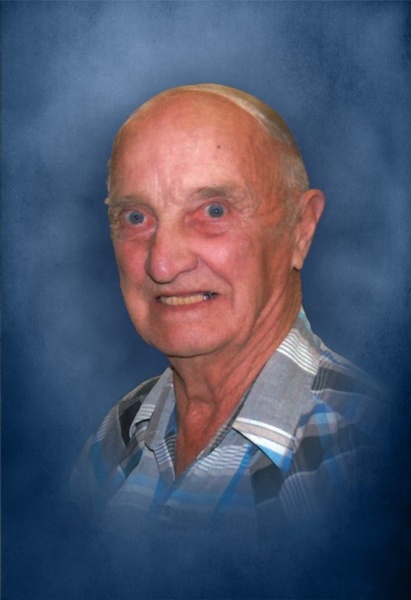 He was born on December 22, 1924, in Beardstown, Illinois, the son of Charles E. and Lillian Elizabeth (Riggall) Terry.  He married Margaret Trone on August 24, 1947, at the First Christian Church (Disciples of Christ) in Rushville.

Harlin joined the United States Navy, during WW II.  He served as a ships cook Second Class Petty Officer aboard the SS America, which was the first cruise ship converted to a troop transport ship.  After the service, he worked for a short time at Porcelain Plant in Macomb.  He then became a farmer for his entire life, surveying the crops the last week of his life.  He and his son operated a logging business for over 50 years, until 2008.

He attended the Littleton Baptist Church.  He enjoyed hunting raccoons and mushrooms.  He cherished time with his family and everyone looked forward to Sunday get togethers.  He was a dedicated caregiver to his parents for many years.  He loved humor and was a practical jokester.

To order memorial trees or send flowers to the family in memory of Harlin Terry, please visit our flower store.