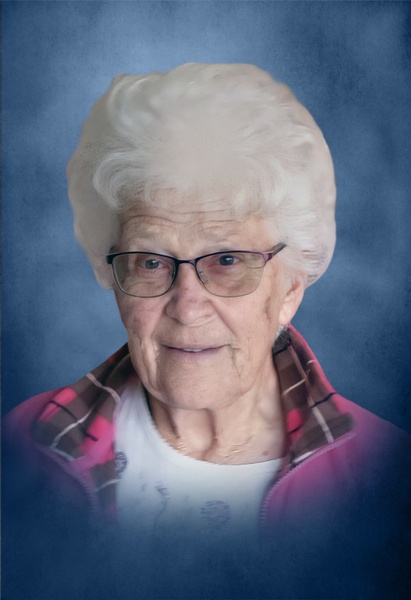 She graduated from St. Mary’s Academy in Mt. Sterling in 1948.  Marie first worked in a soda fountain shop in Kirkwood, Missouri.  Then she went to work at Sears and Roebuck in Mt. Sterling.  She enjoyed being a mother and farmer’s wife. She attended St. Rose of Lima Catholic Church in Rushville and was a member of the Camden Area Canasta Club. She was an election judge for many years.  She enjoyed sewing, quilting, baking treats for her children and grandchildren and gardening.  She and Ike enjoyed many Rushville State Bank bus trips and boot kicking dances. Most of all she was a loving mother, grandmother, sister and loved all her family. After the death of her mother, she became the matriarch of the family

A Mass of Christian Burial will be at 11:00 AM, Friday, January 21, 2022, at St. Rose of Lima Catholic Church in Rushville with Father Joseph Domfe as celebrant.  Interment will follow in the Mt. Sterling Catholic Cemetery.  Visitation will be from 5:00 PM to 7:00 PM, Thursday, January 20, 2022 at the Wood Funeral Home in Rushville. Memorials are suggested to St. Rose of Lima Catholic Church.

To order memorial trees or send flowers to the family in memory of Helen "Marie" Billingsley, please visit our flower store.