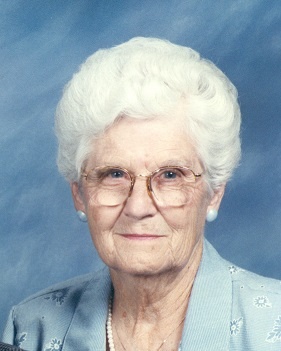 H. Louise Agans, 96, of Rushville, passed away at 4:10 AM, Monday, October 16, 2017, at Rushville Nursing and Rehabilitation Center in Rushville.

A 1940 graduate of Rushville High School, Louise worked for Quinn Shoe Store and as a bookkeeper for Boydston Lumber in Rushville.  She then worked with her husband at their business Tom’s Shell, retiring on March 15, 1980.

To order memorial trees or send flowers to the family in memory of H. Louise Agans, please visit our flower store.