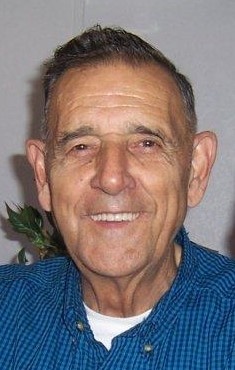 Herb was born on January 10, 1928 in Ellington, MO a son of the late Charles and Florence (Counts) Nosser.

Herb was drafted into the Army in April 1946 and received an honorable discharge on March 27, 1953.  He served in Japan, Hawaii, Korea and was stationed in Camp Stoneman, CA.

When coming to Quincy, he worked at Steve Nosser Ford, Inc. for twenty years.  After retirement, he worked part time as a Wal-Mart Greeter for 10 years, retiring in January 2000.

Private family services will be held at the Hunter Funeral Home in Mendon, with Reverend Jack Perdue officiating.  Interment will follow in the Mendon Cemetery, with military rites by Bear Creek American Legion Post # 823.  Memorials are suggested to Zion Church in Ursa or Quincy Salvation Army.

To order memorial trees or send flowers to the family in memory of Hoover "Herb" Nosser, please visit our flower store.