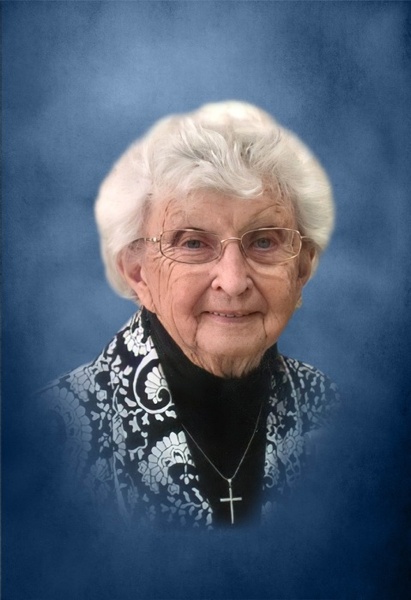 She was born on September 22, 1933, in Rushville, the daughter of Truman and Elizabeth (Illman) Estes.  She married Eldon Vaughn on February 26, 1955, at the Rushville Free Methodist Church, and he survives.

Irene was a graduate of Rushville High School and attended Greenville College.  She first worked at Mickleberry’s in Rushville.  For 25 years, she was a Certified Nursing Assistant at Snyder’s Vaughn-Haven Nursing Home in Rushville, retiring in 2004.  She was most proud of her children and her role as homemaker and helping with the family farm.

She was a member of the Hope Church, formerly known as the Rushville Free Methodist Church.  She enjoyed shopping for antiques, growing flowers and loved attending her grandchildren’s activities.  She was a huge supporter of the Rushville Lady Rockets basketball team.

Private family services will be held at the Hope Church, in Rushville, with Pastor David Ball officiating. A recording of the service will be available on the funeral home website after 5:00 PM, Wednesday, December 23, 2020. Interment will follow in the Rushville City Cemetery.   An informal visitation without the family present will be from noon until 6:00 PM Tuesday, December 22, 2020, at the Wood Funeral Home in Rushville.  Memorials are suggested to the Hope Church or McDonough District Hospital Hospice

To order memorial trees or send flowers to the family in memory of Irene Vaughn, please visit our flower store.

Informal Visitation without the family present