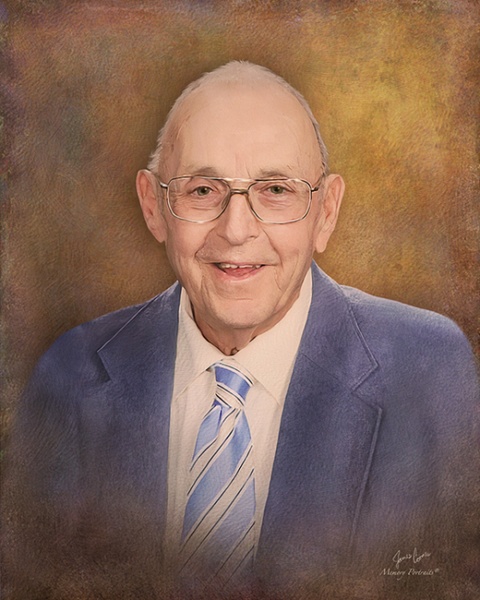 Jack R. Beckett, 92 of Golden, Illinois died March 3, 2022, at the Golden Good Shepherd Home. Services will be held on Thursday, March 10, 2022, at 11 a.m. at the Triplett Funeral Home, Golden, with visitation beginning at 10 a.m. Burial will be in Golden Memorial Gardens.

Jack was born in Golden, Illinois on May 19, 1929, son of Robert and Chrystal (Willard) Beckett. He graduated from grade school and high school in Golden and attended Western Illinois University. He married Norma (Busboom) Beckett on October 18, 1949. She survives and now lives at Golden Good Shepherd Home.

Jack was employed by Adams Telephone Company for 24 years, retiring in 1990. During his earlier years he was involved with the local Cub Scouts, various Corn Festival Committees, and coached Little League. He was a member of Trinity Lutheran Church. Jack was an avid bowler for many years. Jack enjoyed the game of golf in his retirement, playing in several leagues at Tri-County.

Memorials may be made to Golden Good Shepherd Home, Blessing Hospital Hospice or Tri-County Golf Course, Augusta, Illinois. You are invited to share a memory of Jack at www.triplettfuneralhomes.com

To order memorial trees or send flowers to the family in memory of Jack Beckett, please visit our flower store.