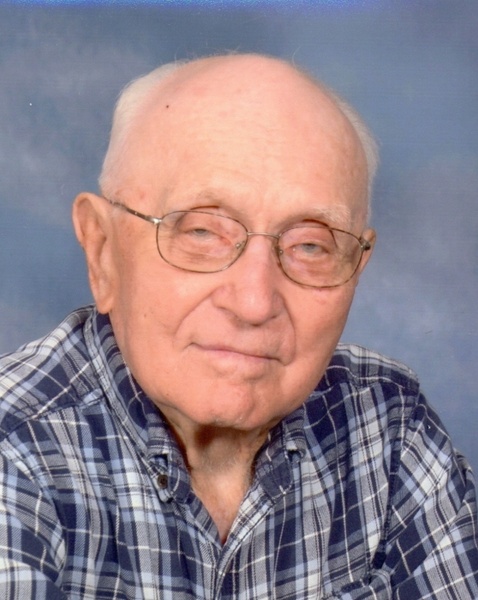 Jim graduated from Rushville High School in 1942. He was a life-long farmer who lived in the same family farm house his entire life. His dad died when Jim was nine years old; therefore, Jim became the man of the farm at a very young age. He and his mother, along with hired hands, farmed the family farm. His dad’s Shire show horses were award-winning, but many had to be sold after his dad’s passing.

As a young man, Jim enjoyed pitching in fastpitch softball. He was also an avid bowler, playing on two different leagues. He enjoyed helping his son raise and show purebred Hampshire hogs. Jim also coached his son’s flag football team. Jim was a life-long Chicago Cubs fan, so 2016 was a great year for him.

Jim was a member of the First United Methodist Church and was president of Health Insurance Association (HIA) for many years.

His favorite pastime was spending time with his family and attending his son’s and granddaughters’ sporting events. He was an animal lover and usually had a dog in the truck with him when he went to town for coffee with his buddies.

To order memorial trees or send flowers to the family in memory of James Moore, please visit our flower store.