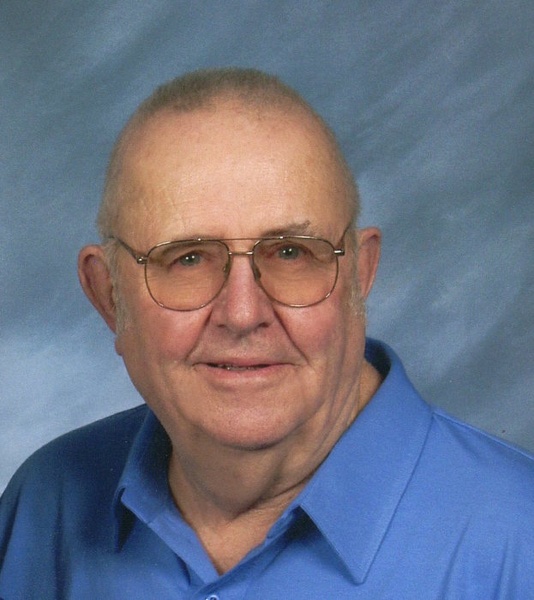 He was born on December 28, 1926, in Deer Ridge, Missouri, the son of James E. and Nena Maureen (Wildman) Owen, Sr..  He married Mary Elizabeth “Beth” Smith on February 21, 1947, at the home of her parents in La Belle, Missouri and she survives.

Jim graduated from La Belle High School and entered the United States Navy, serving from March 2, 1945 to August 26, 1946.  He first farmed with his dad and other farmers in Lewis County, Missouri, before moving to Chicago.  In Chicago, he farmed and worked for the VandenBoom Farm and also David Forsythe.  In 1954, his family moved to Rushville, where he worked on the Hess Farm as a dairyman and farmer.  In 1960, he began his career with Rushville Farmer’s Elevator and retired from Schuyler–Brown FS in 1988.  After retirement, he worked part-time at Bartlow Brothers in Rushville, for the next 8 years.

He was a member of the First Presbyterian Church in Rushville and served as Master of the Rushville Lodge # 9 A.F. & A.M..  He was a coach for Rushville Little League.  He enjoyed gardening, camping, bank pole fishing, and hunting.  His family was his greatest treasure.  He was always the first one there to support and help his family in any way he could.  Family events and attending his children and grandchildren’s events were special times to him.

To order memorial trees or send flowers to the family in memory of James Owen, please visit our flower store.