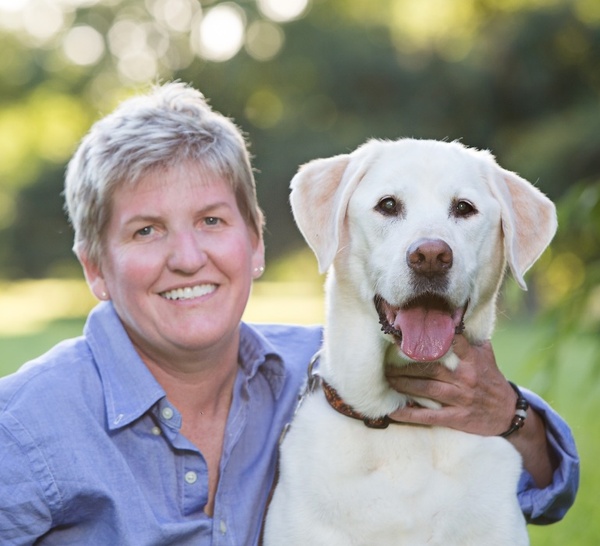 She was born on September 28, 1969, at Culbertson Memorial Hospital in Rushville, the daughter of Albert and Mary (Shoopman) Thompson.

A 1987 graduate of Rushville High School, she received her degree from Illinois State University.  She worked for Enterprise Holdings for 23 years, most recently as an IT Senior Project Manager.

Jan played slow pitch softball for many years. She was an active supporter of the Cystic Fibrosis Foundation, specifically the Gateway Chapter of St Louis, as well as Mid America Transplant Services and an advocate for organ donation. Jan received the amazing gift of life in the form of a double lung transplant in 2013 and was forever thankful for her donor and their families’ sacrifice which allowed Jan an additional seven wonderful years of life. She was an active mentor with the lung transplant group at Barnes Hospital. She enjoyed time with her pups, taking walks, hiking, biking and yard work. Jan enjoyed traveling specifically to Breckenridge, Colorado, the Grand Canyon (which she hiked in 2018) and Martha's Vineyard being her two most recent favorite trips.  She also enjoyed being in the "air" and took advantage of every opportunity to zipline, take a helicopter ride, parasail, paraglide, skydive, jump off the Stratosphere in Las Vegas and also ride in a hot air balloon. Jan loved attending art shows and supporting local artists, with her favorite artist being her nephew Jason. She was a beloved fan of the University of Tennessee especially the Lady Vols. Jan's greatest joy was spending time with Danielle, her family and her numerous friends.  She grew up as a member of St. Rose of Lima Catholic Church in Rushville.

A Celebration of Life Gathering will be from 1:00 PM to 4:00 PM, Saturday, October 2, 2021, at the Schuyler Penney Venue.  Interment will follow at the Rushville City Cemetery with Father  Adam Stimpson officiating  Memorials are suggested to Cystic Fibrosis Foundation Gateway Chapter, 8251 Maryland Avenue Ste, 16, St. Louis, MO 63105, St. Rose Catholic Church, PO Box 194, Rushville, IL, 62681or the Schuyler County Humane Society, PO Box 432, Rushville, IL,  62681.  A special heartfelt thanks and sincere appreciation to the care, compassion and support provided by Jan's wonderful team of Barnes Jewish Hospital transplant doctors, nurses, coordinator and social worker. We would like to extend that thank you to BJC Hospice staff for their specialized care of Jan. The Wood Funeral Home in Rushville is caring for Jan and her family.

To order memorial trees or send flowers to the family in memory of Jan Thompson, please visit our flower store.