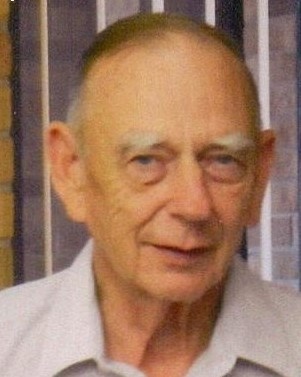 Jerry was born on June 17, 1941 in Quincy to the late Eldon A. and Lila Mae (Gronewold) Golden. He married Betty Havermale on August 25, 1962 in St. Francis Catholic Church in Quincy.

Jerry was baptized and confirmed at Immanuel Lutheran Church in Golden, where he has been a lifetime member.

At a very early age, Jerry had a love of anything to do with electricity and radio. He started out with a CB radio and it was through radio, that he was able to meet the love of his life.

Jerry and Betty lived on a farm west of Golden and farmed until 1989. In 1990 they moved to Golden and Jerry became a self -employed electrician. He wired many homes and grain bins. He partially retired in 2010, but continued to do electrical work for friends until his death.

Jerry was a Ham Radio operator. He received his radio license in 1965, and was a lifetime member of ARRL. His proudest achievement was earning a 2 meter WAS Certificate#76 (WAS worked all states). 2 Meter is line of site communication. So to work Western, Eastern states Hawaii and Alaska he and a friend built an antenna system that tracked the moon’s movement across the sky, this enabled them to send a radio signal from earth to moon and back to earth (EME), which enabled him to earn his WAS Certificate. He also earned a WAS Certificate for 6 meters.

Jerry was a beekeeper and gardener. He loved the arrival of the Purple Martins every spring and his greatest Joy was going to his children and grandchildren’s sporting events.

Memorial services will be 11:00A.M.on Thursday, June 7, 2018 at Immanuel Lutheran Church in Golden with Reverend Patricia Reep officiating. Private family interment will be at a later date. A memorial visitation will be held from 4:00 P.M. until 7:00 P.M. on Wednesday, June 6, 2018 in the Hunter Funeral Home in Golden. In lieu of flowers, memorial contributions have been suggested to the Central Mini Relay for Life or Unity Pointe Hospice. You are invited to share memories of Jerry and leave condolences at www.hunterfuneralhomes.com

To order memorial trees or send flowers to the family in memory of Jerry Golden, please visit our flower store.