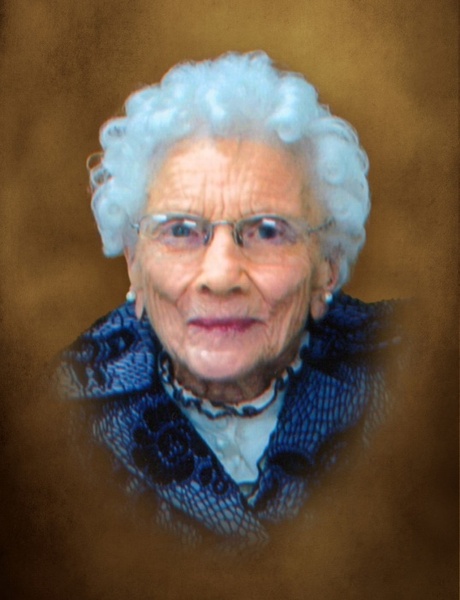 Josephine Ward, 93, of Rushville, formerly of Frederick, passed away at 6:00 PM, Tuesday, February 28, 2017, at Liberty Village in Pittsfield.

She was born on February 18, 1924, at the family home in Bainbridge Township, the daughter of William Thomas and Ida (Persinger) Haber.  She married Russell Gayle Ward on March 11, 1947, in Virginia, Illinois.  He preceded her in death on July 25, 2008.

She attended Hazel Dell School and graduated from Rushville High School in 1942.  She worked as a clerk at J.C. Penney in Rushville for 3 years.  She then worked part time in the Schuyler County Treasurer’s Office for 24 years.  She attended the Frederick Christian Church (Disciples of Christ). She loved working and helping her husband on the farm.  She also enjoyed cooking, gardening, and sewing.  She loved nature. She made quilts for all of her eight grandchildren.  Her pride and joy was her children and grandchildren, taking them on walks in the woods and wading in the creek.

To order memorial trees or send flowers to the family in memory of Josephine Ward, please visit our flower store.